Please visit Jen’s author page at the vendor of your choice for a complete listing of all her books. 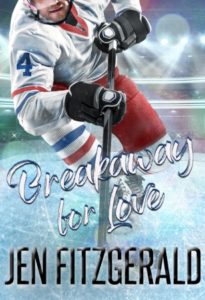 Landon Callahan wishes he had someone in his life.

Being gay isn’t acceptable at home or in hockey. When he returns home after the bitterest defeat a professional hockey player can suffer, he must lick his wounds alone.

Maddox West is done with men.

The burn scars that mar one shoulder and half his back sent his fiancé fleeing for good. What he thought were dates ended up being one-night stands. His brothers-in-arms are the only men he can truly depend on.

Landon hires Maddox to help with his remodeling project. Despite their age difference, they find common ground and develop a fast friendship.

The weight of betrayal and hurt has sat heavy on Maddox’s heart since his fiancé walked away. Landon’s simple and easy friendship is a balm to Maddox’s spirit, and his pure appreciation of Maddox’s body and simple, sweet desire spark an equally basic need in Maddox. Landon must return to Houston at summer’s end, so why not indulge in a summer fling?

As a result of Maddox’s youthful exuberance and his sense of fun, Landon feels younger and freer than he has in years. So much so, he breaks his personal Golden Rule of no sex in his home state and not only confesses his homosexuality, but embarks on a sexual relationship with Maddox.

Until the day Landon’s mother walks in on them.

Landon freaks out and sends both his mother and Maddox on their way.

After weeks of friendship and intimacy, Landon doesn’t want to live without either any longer. He’s so over his mother’s complete condemnation of homosexuality, and his career is almost at an end. If he comes out or gets outed, what’s the worst that could happen? He has to retire a year or two early? It’s not as if he hadn’t been considering the possibility anyway.

The real question is, can he convince Maddox to give him a second chance?