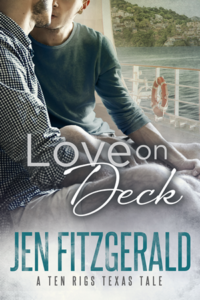 Andrew Eckstrom’s chance meeting with Connor Kulyk leaves him wanting more. More time, more conversation, definitely more sex. There’s a joy and an ingenousness in Connor that Andrew finds compelling and refreshing. He doesn’t want the end of the cruise to be the ninth inning of their relationship, so Andrew pitches the idea of long-distance dating.

Triple A ballplayer Connor Kulyk can’t get enough of Andrew either. But it’s not as easy for him. Connor hasn’t had a relationship in years, but like so many people, he wants to love and be loved. Announcing to the sports world and his fans that he wants a boyfriend instead of a girlfriend leaves him worried about losing his career and more importantly, the love of his sister.

Will Connor step up to the plate and take a swing, or will his closely guarded secret keep him stuck on deck, forever wishing for love?